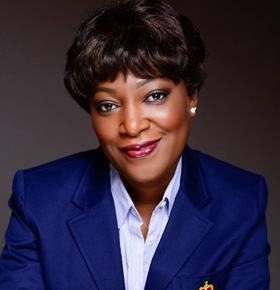 Prior to taking up this role Roli worked with Union Bank Uk Plc., as the Director Institutional & Commercial Banking from 2014 to 2016, where she managed Corporate Banking Department, Structured Trade Finance Department, Correspondent Banking & Financial Institutions and Retail Banking with a focus on emerging markets Europe Middle East & Africa(EMEA), UK Corporates and UK Banks, before taking on the role at Union Bank UK Plc., Roli worked with Union Bank of Nigeria Plc., for 4years as the Branch Manager Business Development recording excellent performance.

Prior to joining the Union Bank Group, Roli worked with Diamond Bank Plc with a portfolio of two branches, for a short period of time, before then she was with BankPHB(now Keystone Bank Ltd), as a Zonal Coordinator Retail Banking from 2008-2010 where she managed the Retail business of 13 branches. Six (6)months from the date of joining Keystone Bank Limited she was promoted from Assistant Associate to Deputy Associate as a result of her outstanding performance where she moved her Zone liability position from N800million to N3.7billion and increased the number of accounts from 21,670 to 75,976, all within six months. By early 2009 she won the award “Best Zonal Coordinator” for coming 1st position Nation/Bank wide by surpassing set product target on the sale/distribution of a new product.

Hitherto, Roli worked with United Bank for Africa(UBA) from 2006-2008 as Cluster Head Marketing, she was also, actively involved in the recruitment, training and placement of staff at UBA, Keystone Bank, Union of Nigeria Plc and Union Bank Uk Plc.

Roli before joining UBA worked with Ecobank Nigeria Plc from 2003-2006, she started as a Team Leader Consumer Banking, later transferred to Commercial Banking thereafter, Corporate Banking, she grew the business of the Bank and the customers whilst gathering experience. Prior to EBN she worked with National Bank of Nigeria Plc(now Wema Bank) from 2000-2003 as a Customer Service Officer and within six(6)months became the Head Customer Service, she then moved to Commercial Banking.

Roli is a member of the London Institute of Banking & Finance, Chartered Institute of Bankers(CIBN), Association of Professional Women Bankers, she was a Guest speaker at London 3rd Annual EMFX Trading Summit in December 2015.